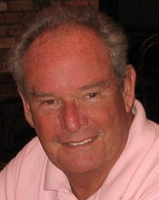 Paul H. Erdman, age 78, passed away peacefully on January 5, 2021 in the home he built with his father, surrounded by his family. Paul was a long-time resident of Springfield, PA. After graduating from Landsdowne Aldan high school in 1960 he joined PECO as a lineman where he worked for almost 35 years before retiring in 1994 and was best known as "Tarzan". Once he retired from PECO, Paul worked as a building inspector for Springfield township and in various subcontracting roles. Paul was very active in the Springfield community. He volunteered with the Springfield Youth Club, coached softball and football teams, and joined the Springfield Fire Company in 1967 where he was a life member. He served as the Chairman of the firehouse Building Committee from 1979 – 1981 and was a member of the Springfield Ambulance Corps. He also volunteered for the United Way. He was a car enthusiast and was very involved in the Delaware Valley Chapter NCRS and won the Duntov award for the 1961 Covette he refurbished. Paul was an extremely talented carpenter and electrician. He was a perfectionist and his attention to detail was evident in every project he worked on. Never could it be said that Paul shied away from hard work. He gave his time and expertise to many remodeling jobs throughout the county. He was a visionary, in that after tedious planning, his completed projects reflected the skill and craftsmanship of the man and they have stood the test of time, as he had. He will be sadly missed. He is predeceased by his father William Erdman, mother Margaret (Cherret) Erdman, and sister Barbara (Donovan) Erdman. Survivors: Loving husband of Laura (Middleton) Erdman; dear brother of William Erdman (Barbara), cherished father to three children: Chris Kenny (Marty), Jill Hoffner (John), Kevin Erdman, beloved grandfather of Kevin Michael, Taylor, Brandon, Olivia, Connor and Sean and great-grandfather of Corinne. At this time there will not be a funeral service. In lieu of flowers, donations may be made in Paul's memory to The Weekly Fight at www.theweekllyfight.org by clicking Donate, or Bringing Hope Home at www.bringinghopehome.org by clicking Donate.