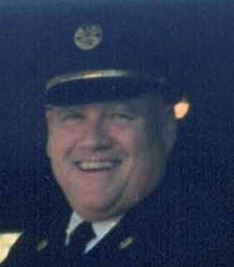 Please share a memory of Edward to include in a keepsake book for family and friends.
View Tribute Book

Ed was born in Atlantic City to the late Edward and Helen (nee McArdle) Gannon. He attended St. Clements West Catholic High School For Boys and Villanova University. He owned Radac Sales Corp., an infrared heating company. At age 14 he joined the Colwyn Fire Co. where he held various positions including Chief for 10 years. He was an active member of Colwyn Comets and in 1963 joined Darby Fire Patrol #2 where he again held many positions, ending as Fire Chief after 20 some years before retiring in 2006 at the age of 65. During his years of fire service, he was involved in the 4th District Fire Chiefs Assoc., Fire Radio Committee, Fireman's Assoc. of the State of Pennsylvania, and Delaware Valley Fire Chief's Assoc. where he was the President for 3 years. He served the borough of Colwyn as Tax Collector for 20 years before becoming Magisterial District Judge for Colwyn and Sharon Hill and retired after 12 years at the age of 70. He was an avid American Flyer Train collector along with large collection of Corgi and Dinky die cast metal toys with numerous fire apparatus pieces.

He is predeceased by his parents Helen and Edward Gannon, Sr., and brother Gerry Gannon. He is survived by his beloved wife of 56 years Barbara C. Gannon (nee Cooper), loving father of Edward (Lisa), and Michael (Mari Jo), 5 granddaughters Shayna, Sarah, Sophia, Devon, and Alyssa, and many cousins and friends.

Masks and Social Distancing will be required.

The entire Gannon family would like to thank all of the healthcare workers at the Residence of Glen Riddle, along with the staff at Fair Acres and Heartland Hospice team.

In lieu of flowers, memorial contributions can be made to the Alzheimers Assoc., Delaware Valley Chapter, 399 Market St., Suite 102, Philadelphia PA 19106

Share Your Memory of
Edward
Upload Your Memory View All Memories
Be the first to upload a memory!
Share A Memory