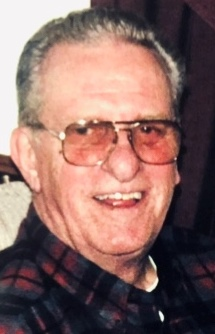 Please share a memory of Joseph to include in a keepsake book for family and friends.
View Tribute Book

Joe was a U. S. Army Veteran who served in the Korean War with the 9th Infantry, 2nd Division. After getting out of the Army he worked for Philadelphia Electric Company until his retirement in 1990 where he was a Supervisor at Chester Station. He was also an avid Eagles fan and enjoyed a lifetime of building and refinishing furniture.

He was also very excited to learn that he was going to be a Great Grandpop later this year.

Joe was much loved by many nieces and nephews who he affectionately called his "Little Stinkweeds".

He was a kind, loving, witty man with many friends, old and young, all who loved and admired him dearly. Joe never had a bad word to say about anyone and he will be sorely missed by all. Burial will be private. A celebration of his life will be held at a later date.

Anyone who cares to make a contribution in his memory may do so to a charity of their choice.

Share Your Memory of
Joseph
Upload Your Memory View All Memories
Be the first to upload a memory!
Share A Memory