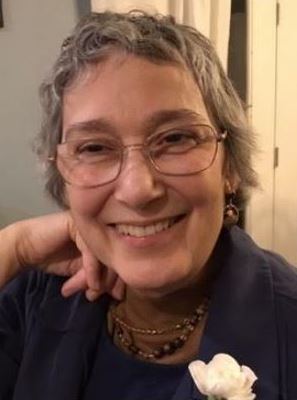 Please share a memory of Linda to include in a keepsake book for family and friends.
View Tribute Book

Born September 23, 1950 in Ridley Park PA to John and Leah Henzel, both of Philadelphia. She graduated from Lower Merion Senior High School, earned a B.A. from the University of Pennsylvania and then an M.S. in Natural Resources Planning from the University of Vermont. She moved from Philadelphia to Stowe, Vermont in 1981 to work in the family business at Miguel’s Stowe Away. She had many other careers including dance performance and teaching, wildlife and watersheds preservation, and emergency planning and training.

Her performing career included opera ballet throughout the East Coast with the Philadelphia Grand Opera Company, and as a member of the American Guild of Musical Arts (AGMA). She performed with other dance companies and theater groups in Philadelphia and Vermont. She taught ballet and jazz classes in Stowe and for the Vermont Conservatory of the Arts in Montpelier. She choreographed shows for Lamoille County Players in Hyde Park and Lyric Theatre in Burlington, VT such as West Side Story and was the fiddler in Lyric’s second production of Fiddler On The Roof. She sang in the chorus in some shows but especially enjoyed singing in her dad‘s church choirs.

Her first job with the State of Vermont was at the Department of Fish and Wildlife promoting the Nongame Wildlife Fund on the Vermont tax return and Conservation license plates. Later, working with foresters and biologists in the VT Agency of Natural Resources, she advanced public outreach and planning efforts for state forests, parks, and wildlife management areas.

As coordinator of the Lewis Creek Association for ten years, she worked with Addison and Chittenden County school teachers, students, and community volunteers in assessing water quality and organizing restoration efforts. She also helped establish and coordinated the Addison County River Watch Collaborative. She enjoyed training high school students in the Governor’s Institute for Science and Technology and the Huntington Conservation Commission in water quality monitoring techniques.

As a contractor, she assessed the Winooski River basin’s agricultural resources and assisted the Montpelier Conservation Commission with their municipal forest resources plan. She served as an advisor, board member, and volunteer with the various organizations in the Capital City, her home for 20+ years, including Friends of the Winooski River, Lost Nation Theater, North Branch Nature Center, and the Central Vermont Medical Reserve Corps (MRC).

She is survived by her brothers Thomas R. Henzel of Philadelphia, PA, and John Michael Henzel of Shelburne, VT; her stepdaughter and husband Emma and Micah Tompkins of Kettering, OH; and an aunt, an uncle and many cousins, nieces, and nephews. Her mother Leah preceded her in 2016 and father John in 2020.

Her remains will be interred in the family garden at Glenwood Memorial Gardens in Broomall, PA on Tuesday December 14th at 12:30pm.

Please consider a donation in her memory to her favorite Montpelier organizations: North Branch Nature Center, Lost Nation Theater, or Friends of the Winooski River; to Vermont’s Nongame Wildlife Fund; or to a digestive disease research organization such as the Crohn’s and Colitis Foundation or the American Society of Clinical Oncology.

A remembrance event will be planned for Montpelier in the spring of 2022, please check back for future service details.

Share Your Memory of
Linda
Upload Your Memory View All Memories
Be the first to upload a memory!
Share A Memory