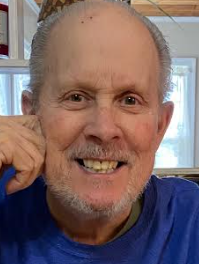 Please share a memory of James to include in a keepsake book for family and friends.
View Tribute Book

Jim was the son of the late James Paul Sr. and Margaret Orr Dawson. Upon graduating from Swarthmore High School in 1962 he entered the Marine Corps where he served as machinist. Jim married Donna McDowell in 1968 and they raised 3 daughters together. He worked at Philadelphia Electric Company in Chester as an underground splicer and later a supervisor until his retirement in 1995

Jim was a lifelong “Iggles” and Phillies fan who enjoyed spending time with his family, especially with his wife at their trailer in Lancaster and with his grandchildren, who called him Poppy. Jim was a long-time member of Covenant Fellowship Church.

In addition to his parents, Jim is predeceased by his brother Thomas Glenn Dawson.

Visitation: 10-11am, Monday at the funeral home

In Lieu of flowers contributions to www.covenantmercies.org would be appreciated.

Share Your Memory of
James
Upload Your Memory View All Memories
Be the first to upload a memory!
Share A Memory