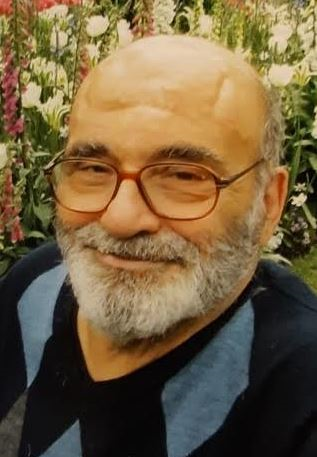 Please share a memory of Elias to include in a keepsake book for family and friends.
View Tribute Book

Elias was born and raised in Palestine. His family then moved to Lebanon in 1948 where he continued to live for over 10 years, making fond memories throughout his childhood. On June 8th, 1959, along with his sister Laila, Elias migrated to the United States, making residence in Philadelphia. He enlisted in the U.S. Army, serving just under 2 years in Fort Carson, Colorado before returning to the Philadelphia area. Shortly after returning home from service, Elias met his sweetheart Darlene, and quickly married on November 19th, 1966. Together they moved to Collingdale, Elias worked as a machinist for many years for Clifton Plastics, as well as installed vinyl flooring to support his growing family. Elias and Darlene had 4 children who they raised in Collingdale. Later in life, Elias worked as a driver for Community Transit, driving special needs individuals, before his retirement. Elias enjoyed flea markets, antiques, wood working, photography, and spending time with family. He loved reminiscing on his childhood in Lebanon, especially the cedar trees. Elias spoke French, Arabic, and English, collected stamps and coins, and loved the beach and the ocean, because it always reminded him of the Mediterranean.

A memorial service and military honors will be held for family and relatives at 7:30PM on Tuesday 11/22 at McCausland Garrity Marchesani Funeral Home, 343 S. Chester Pike, Glenolden PA

Visitation for family and relatives will be from 6-7:30 on Tuesday prior to the service

In lieu of flowers, a memorial contribution can be made to the charity of your choosing.

Share Your Memory of
Elias
Upload Your Memory View All Memories
Be the first to upload a memory!
Share A Memory