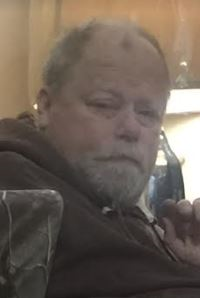 Please share a memory of John to include in a keepsake book for family and friends.
View Tribute Book

John was born in Philadelphia and moved to Collingdale, spending his younger years and some of his adult life there. Shortly after starting his family, The Hasson family moved to Ridley. John was employed by Maaco for several years, he also began his own landscaping business with his son Charles who now continues the business. John enjoyed spending time with his family and his favorite thing to do was working on cars. He was a very kind man, always helping those in need.

John is preceded in death by his parents John J. Hasson and Charlotte E. Hasson (Greenman), and his beautiful baby girl Nicole Hasson.

Services will be held privately.

The family of John J. Hasson Jr., would like to say a special thank you to everyone who helped John in his later years.

Share Your Memory of
John
Upload Your Memory View All Memories
Be the first to upload a memory!
Share A Memory